Have You Seen Our Soft Tissue and Red Blood Cells?

The red blood cells and soft tissue of dead animals does not last a long time, and certainly not millions of years. Bacteria rapidly decomposes these types of organic material. And even without bacteria, the radiation in the soil would destroy it.

In 2005 Dr. Mary Schweitzer announced that she had found red blood cells and soft tissue in a T-Rex bone. Since then soft tissue, blood vessels, and collagen has been found in more than 30 dinosaurs and other fossils, some "dating" to before the Cambrian explosion. 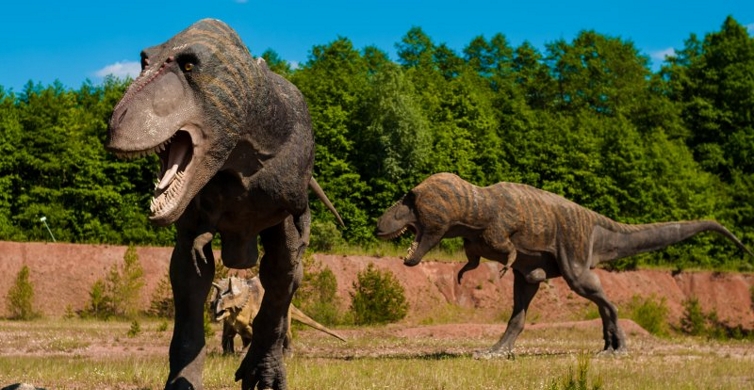 The following is based on an article in "Creation Matters," March/April 2018:

"For over a decade there has been a steady output of reports documenting the extraction and analysis of biomaterial from dinosaur fossils."

The fact the dinosaur fossils have biomaterial, including soft tissue and red blood cells, is proof that these dinosaurs lived recently. Biomaterial, in a dead dinosaur, cannot survive for millions of years. A few examples include:

As of early 2018 soft tissue, red blood cells, proteins, and even DNA has been found in more than 30 dinosaur fossils.

There have been a number of attempts at explaining how biomaterial could survive, all of which have been proven unable to explain the preservation of biomaterial in dinosaur fossils. These include mechanisms such as low pH, a water-free environment, the presence of phyllosilicate materials, clay, and the presence of iron.

"The preservation of dinosaur tissue and protein remains strong direct biochemical evidence that these fossils are not millions of years old. Despite attempts to explain the presence of this biomaterial, there exists no viable explnation for its extensive preservation... Tissue and individual proteins degrade at measurable rates. Their use as a 'clock' requires no more supposition or conjecture than do other geological dating methods."

Lower Photo:
A: The arrow points to a tissue fragment that is still soft and elastic.
B: Soft tissue that still appears "fresh."
C: Bone where soft fibrous tissue structures are present.

This is solid scientific proof that we (dinosaurs) lived recently. When you look at the evidence, ALL of the evidence, it is obvious that it was not very long ago when dinosaurs were alive and walking the earth.